(Xinhua)- Lithuania has the first rate among the people aged 30 to 34 in the EU, according to the latest figures released by the country’s national statistics bureau CSO.

In 2018, 58 percent of 30 to 34-year olds in Lithuania had third level education qualification compared with the average rate of 41 percent in the EU for the same year. Next levels in belong to Cyprus (57%) and Irland (56%).

Romania has the lowest tertiary educational attainment level in the EU, which stood at 25 percent in 2018, it said.

Lithuania enjoyed robust growth in 2019 but this is forecast to... read more

Travel Documents For intended stays on the territory of the Member States... read more

Forget football. In Lithuania, the national sport is basketball.   The home of... read more

Here’s how Lithuania is coping with quarantine

Photographer Adas Vasiliauskas used a drone to see how his neighbours... read more

We are proud of our history and keep telling our foreign... read more 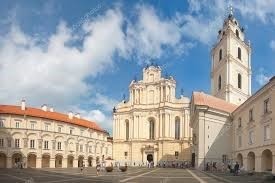 List of Lithuanian universities approved by the Ministry of Science, Research and Technology of Iran in 2020

According to the General Office of Alumni Affairs, the list of... read more