On Tuesday 1 October Brian Olley presented his credentials as the new British Ambassador to Lithuania.

Earlier today, Mr Brian Olley presented his credentials as Her Majesty’s Ambassador (HMA) to the Republic of Lithuania to His Excellency the President of Lithuania, Mr Gitanas Nausėda.

After the ceremony, the Ambassador said: “I am hugely excited and honoured to be starting my tenure in Lithuania. I look forward to strengthening still further the United Kingdom’s links with Lithuania across a wide range of issues including in cultural, economic, political and defence areas.”

H.E Brian Olley joined the Foreign & Commonwealth Office (FCO) in 2002. Prior to his arrival in Lithuania he was a Director in Lloyds Commercial Bank in the City of London from 2017 to 2019. He was previously the British High Commissioner to Cameroon and non-resident British Ambassador to Chad, Gabon, Central African Republic and Equatorial Guinea from 2013 to 2017.

His FCO career has covered a wide range of roles including working in New York at the United Nations, Afghanistan, Cyprus and Finland. Mr Olley started his career in Her Majesty’s Forces where he served in Hong Kong, Nepal, Germany, Canada and the UK.

When presenting his Letters of Credence to His Excellency the President, the Ambassador reaffirmed the UK’s unwavering friendship and support for Lithuania. 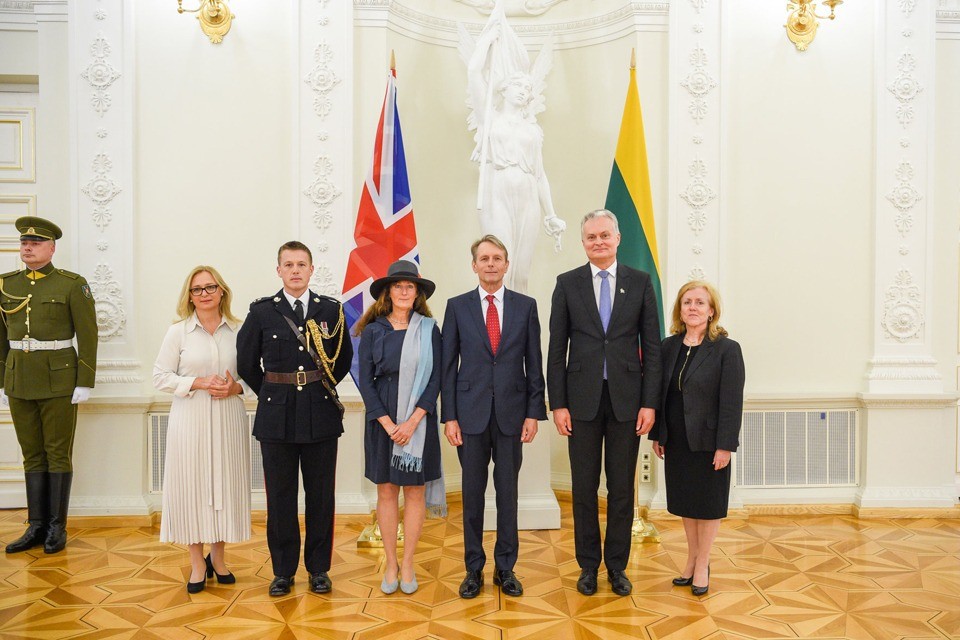 The date of the International Physics Olympiad 2021 is announced! We are... read more

TEHRAN – A lineup of seven documentaries from the Balkan filmmakers... read more

Lithuanian Products and Traditions Presented at a Charity Fair in Ankara

The staff of the Lithuanian Embassy in the Republic of Turkey,... read more

Lithuania to provide EUR 100,000 in humanitarian aid to Yemen

Lithuania to provide EUR 100,000 in humanitarian aid to Yemen  Lithuania will... read more