We are proud of our history and keep telling our foreign guests about things which make us tingle inside and gather our spirits, fill us with strength and faith and which make us unique and known worldwide.

The first settlers of Lithuania arrived in approximately 12, 000 B. C. In 3,000–2,500 B. C., the Indo-European Balts came to live here. Between the 5th and 8th centuries tribal groupings formed in the western territories: Prussians, Yotvingians, Curronians, Zemgalians, Lithuanians and Latgallians. In the 10th c. the pagan Baltic tribes became the target of the missions of the Catholic Europe. In 1009, the name of Lithuania was mentioned for the first time in the written account of the mission of St. Bruno.

The name of Lithuania was first mentioned in the Quedlinburg Annals in 1009, in the context of St. Bruno‘s mission to pagan lands

In the Middle Ages, Lithuania had already had its state: the Grand Duchy of Lithuania (Magnus Ducatus Lithuaniae). It is generally accepted that the state of Lithuania found its way into the world maps, following the coronation of Mindaugas, ruler of the consolidated Lithuania, on 6 July 1253. The Papal Bull granted the State with the highest title of the monarchy, which meant that Lithuania was recognized by and accepted into the family of the Western Europe as an equal member of the political system. With the official adoption of Christianity in 1387, Lithuania chose to follow the Western path of development: the following period saw the spread of the written language, schools were opened, Lithuanian students travelled to study to European universities.

From the Baltic to the Black sea

We won one more important victory in the Battle of Žalgiris (Grünwald) in 1410 when in alliance with the Kingdom of Poland we defeated the Order of Teutonic Knights. After the battle, the Grand Duchy of Lithuania reached the peak of its power, with its territory stretching from the Baltic to the Black Sea and from Poland to Smolensk, thus emerging as an important political power in Eastern and Central Europe. The success of the expansion of the Grand Duchy of Lithuania was essentially based on ethnic and religious tolerance towards those who were traditionally considered potential enemies. 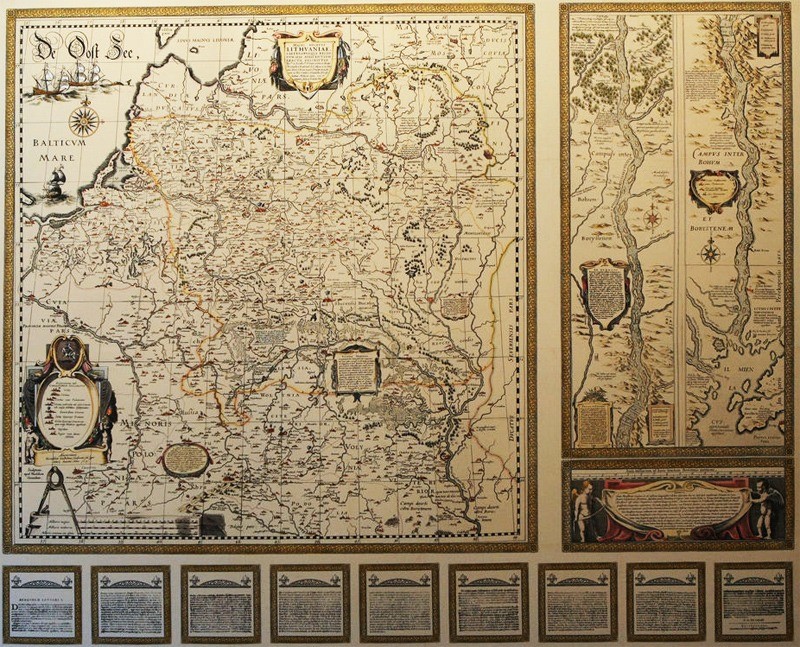 At the beginning of the 15th c. the territory of the Grand Duchy of Lithuania stretched from the Baltic to the Black Sea. Photo: K. Vanagas / BFL.

The Lithuanian Statutes having served as the legal framework testify to the fact that it was as early as the 16th century that Lithuania became an integral part of the Western Europe. The legal thought reached further heights at the end of the 18th century when a Constitution was adopted on 3 May 1791. It was the first constitution in Europe (preceding the French Constitution), and the second in the world.

Oldest university in Eastern Europe
The beginnings of higher education in Lithuania go back to 1579, the year of founding of Vilnius University. Its foundation was the most significant event in the cultural life of the 16th century Lithuanian Grand Duchy bearing high political importance. Vilnius University was the first higher education school not only in the Grand Duchy of Lithuania, but in the whole Eastern Europe. 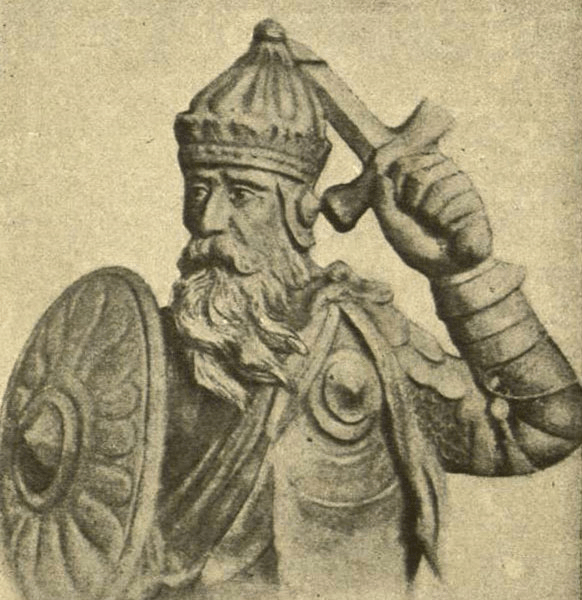 Book smuggling emerged as resistance to the repressive actions of tsarist Russia authorities against the Lithuanian Catholic Church consisting of the ban of Lithuanian prayer books and the imposition of Russian Orthodox faith. Book smuggling activities involved the printing of books, mostly in the then Prussia, Lithuania Minor and America, carrying them illegally through the border and their distribution. Though the participants of book smuggling were mostly ordinary peasants, this cultural movement, which is considered to be a part of Lithuanian national movement, paved the way for the restoration of Lithuania‘s independence in 1918 and, as a means of preserving national identity, has retained importance until this day. Thus, book smuggling is often regarded to be Lithuania’s historical phenomenon of the 19th century. In 2004, the UNESCO characterized book smuggling as a unique and unprecedented phenomenon in the world.

1918–1940: period of prosperity
On 16 February 1918, 20 courageous, determined and trusted representatives of the Lithuanian nation signed the Act of Independence of Lithuania “re-establishing an independent state, based on democratic principles, with Vilnius as its capital city, severing all previous links with other states.” Having withstood the fight for independence against Bolsheviks and Polish invaders, Lithuania sealed its parliamentary democracy in the Constituent Assembly (Steigiamasis Seimas) in 1920. The historical tragic flight by Steponas Darius and Stasys Girėnas, who were among the first in the world to fly a propeller plane over the Atlantic (from the US to Europe) in 1933, became a national symbol of patriotism. The principles of the civic society, cultural values and farming foundations rooted in during this period helped Lithuania to survive the Soviet occupation and subsequently served as ideological basis for the restoration of the independence. 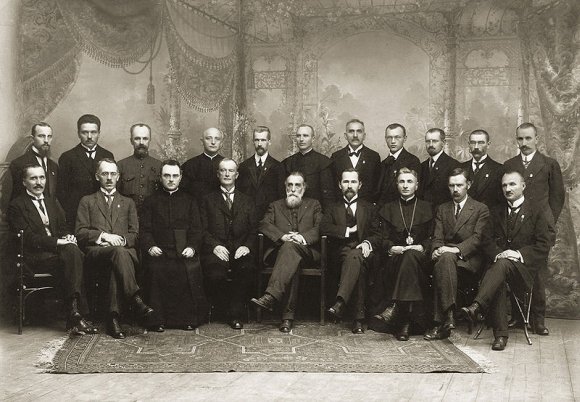 Signatories of the Act of Independence of Lithuania of 16 February 1918. Photo: National Museum of Lithuania

Soviet occupation and annexation of Lithuania

On 15 June 1945, the Soviet Union occupied Lithuania and, on 14–18 June, started mass deportations of the Lithuanian population to remote areas of the Soviet Union. Yet we have survived these hardships: we endured occupations, first by the Soviets, then by the Nazi Germany. Many Lithuanians joined partisan groups to fight for Lithuania’s independence. The period of partisan fights is one of the most dramatic and tragic events in Lithuania‘s history.

Singing revolution
The Initiative Group of Sąjūdis (Lithuanian Reform Movement), established in June 1988, inspired us with faith and hope: the independence movement Sąjūdis soon spread into the whole of Lithuania. On 23 August 1989, we joined our hands to form a human chain stretching 650 kilometres across Vilnius, Riga and Tallinn to mark the 50th anniversary of Molotov-Ribbentrop Pact as a result of which Lithuania lost its independence. The Baltic Way was a symbolic action that separated the Baltic States from the Soviet Union and by which our people expressed their will to be free. We did not have to wait long. On 11 March 1990, the independent State of Lithuania was re-established. However, our people’s will was opposed by the Soviet Union authorities which, on 13 January 1991, sent to Vilnius their well trained and heavily armed paratrooper units. But even under the threat of violence we responded to the Soviet Union’s aggression peacefully – without arms, singing songs and with an endless faith in our victory. That is why these events are commonly referred to as the Singing Revolution. This was the third time in history that Lithuania started an epoch of autonomous life.

Following its EU and NATO membership in 2004, Lithuania again reunited with the European family. Once an EU member, Lithuania has become an official donor country and has been giving aid to Belarus, Ukraine, Moldova, South Caucasus, Afghanistan and Iraq; it has also been fulfilling multilateral obligations within the EU framework.