If you really want to know Lithuania, you must first begin to get to know its people. Most Lithuanians are very sincere, hospitable and helpful, and, in fact, we expect the same treatment in return from our quests. Lithuanians are long-lived people, so, if you have an opportunity to talk to people of older generation, you will bring back to your country many interesting stories and experiences.

If you are tired of civilization, you will have an excellent opportunity for retreat from its pressures. You only need to go away from the big cities and travel where your heart and mind can rest – to seemingly endless forests, lakes, scattered all over Lithuania, rivers that criss-cross the country or the unforgettably beautiful Curonian Spit bathed by the Baltic Sea.

If, on the contrary, you are a truly urban person, you will find lots of things to do in Lithuania’s big cities. There are numerous museums that have accumulated huge collections, national and private art galleries, the never-ending buzz of theatre and music halls, fascinating nightlife, a variety of entertainment options and sports events. Not to mention the national dishes and drinks, which must be tasted, if you like to come home with new experiences.

We are waiting for you to visit us – it will be a pleasure for us to know you!
Quick facts
Capital: Vilnius

Geographical situation: Lithuania is a state in Northern Europe

Government of the Republic of Lithuania

Seimas of the Republic of Lithuania
International membership:

Member of European Union since 1 May, 2004
Largest cities (number of inhabitants):

The territory of Lithuania is divided into 10 counties.

Counties are subdivided into 60 municipalities.

Other: 2.2
The total number of nationalities living in Lithuania is 154.

Average male life expectancy is 68.1 year
Landscape: Lithuania is a flat land with plains covering approximately 75% of the country

Climate: Ranges between maritime and continental. The average temperatures are +19°C in July and -3°C in January.

The Day of the Restoration of Independence of Lithuania (11 March)

The Day of the Coronation of King Mindaugas (6 July)

Žolinė (Feast of the Assumption – 15 August)

First ever Lithuanian Consulate in Iran 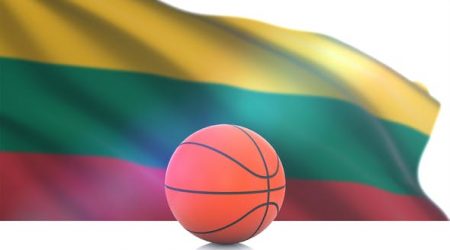 Forget football. In Lithuania, the national sport is basketball. The home of... read more

The economy of Lithuania is the largest economy among the three... read more